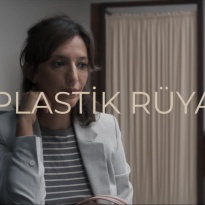 Belma is 37-year-old married working woman. One day, because of her dry skin problem, she goes to a doctor. After the examination, her doctor looks at Belma’s face and he claims that Belma should get botox before too late. Although Belma has no such thought about getting botox, doctor’s unethical approach makes her vulnerable about her body and face. When she looks at herself in the mirror, she notices her wrinkles which she has not realized before. She takes offense every word related with her age. She starts comparing herself with other women. She becomes a woman who is uncomfortable in her skin. She decides to get botox but things do not go as her expected.

After the operation, an odd complication appears. Her face begins to swell day by day. She cannot control her facial expressions. Her husband acts her like a stranger. She wants her old face back but her doctor says that the only remedy is face transplant. Belma does not know what to do. She finds herself running wild on the streets, but she literally sees her new face wherever she looks. Belma, who lost her face because of popular culture’s beauty standards, is about to lose her mind. She has one wish at that point. She wants to end this nightmare as soon as possible.